You want your day in German Court? Don’t get your hopes up too high! 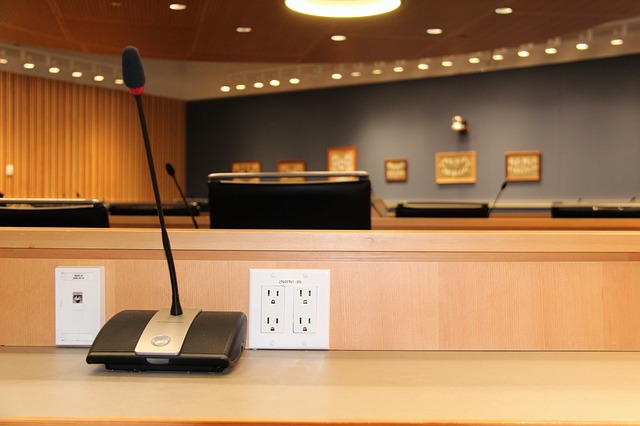 How important is the oral hearing stage in German civil litigation?

When you read the relevant sections of the German Code of Civil Procedure (Zivilprozessordnung) one gets the impression that in a German civil case the parties will extensively lay out and discuss the case in front of the judge. Section 128 ZPO, which is headed “Principle of oral argument” states:

(1) The parties shall submit their arguments regarding the legal dispute to the court of decision orally.

Course of the hearing for oral argument

(1) The hearing is initiated by the parties to the dispute filing their petitions with the court.

(2) The parties are to make their submissions ex tempore; they are to summarise the case as regards its facts and circumstances and as regards its legal ramifications.

(3) The parties may refer to documents, provided that none of the parties object to this and provided that the court believes such reference is reasonable. Documents will be read out only insofar as their exact wording is relevant.

(4) In proceedings in which the parties must be represented by counsel, the attorney and, upon corresponding application being made, the party itself are to be granted leave to speak.

These translations of the statutes are taken fom the official government website Gesetze im Internet.  While I am not always entirely happy with the translation of the German legal terminology into English, it helps to get the big picture of what the German statutes say.

Sounds as if German trial lawyers give long speeches in court, right?

Well, everyday practice in German civil courtrooms does not live up to that expectation at all. In reality, there are no extensive pleadings worth that expression. This is mainly due to the fact that in Germany there is no jury to impress and to convince. Only the judge or the panel of judges (details here) decides the case. And they have already read the file (well, hopefully) and assessed the case before everyone meets in court. So the German judge, usually, sees no need for the legal counsels to reiterate in court everything they have already submitted in writing.

Therefore, the most important paragraph of section 137 ZPO is section (3), which permits the lawyers to refer to documents, which is extensively made use of. In German civil courts, the only real extensive discussion between German trial lawyers usually takes place during the pre-trial settlement conference (Güteverhandlung). During this conference, the lawyers will attempt to find a compromise which is acceptable to both parties and would make an actual oral court hearing obsolete.

If that settlement attempt fails (at least at that stage), the judge will move on to the actual civil trial stage – usually immediately after the settlement conference. Depending on whether the German judge considers it necessary to hear any witnesses or experts, the oral hearing can be over in 5-10 minutes.

What is the point of the oral hearing in German civil court?

Under German CP Rules, the parties must be given the opportunity to be heard in court in person. Even if, in practice, everyone usually refers to the written documents, the principle must be upheld. A core formality unter s. 137 (1) German Civil Procedure Code is that the motions made by the parties shall be officially recorded in the court’s hearing minutes (Protokoll der mündlichen Verhandlung). To that end, the judge will ask both lawyers to bring forward their motions (in German this is called “die Anträge stellen”). This is being done simply by each lawyer saying:

If, in preparation of the oral hearing, the judge has come to the conclusion that he or she needs to hear witnesses (and yes, this is decided by the German judge alone based on the written pleadings submitted prior to the hearing), the judge will have summoned said witness(es) and they will now be heard. The hearing of witnesses in a German civil lawsuit is much less dramatic which I have explained in this post.

After such a witness statement has been given, the parties may again discuss between themselves and/or with the court what the implications are and whether the parties are now willing to settle. If they are not, the court will adjourn and will usually set a date on which the court will pronounce a decision.

What does this mean for strategy in a German civil trial?

All in all, German civil lawyers will need to concentrate their efforts on the written pleadings (in German called “Schriftsatz”). These pleadings are where the case is won or lost. Here is where you impress and convince the German civil court; or you don’t. The oral hearings, while required by German procedural law, are in many cases only a formality where the lawyers merely go through the motions. But, of course, there are some civil cases that are actually decided by what a certain witness states and whether he or she is credible or not. In these cases, which are rather rare, the oral hearing is obviously more important and German trial lawyers must diligently prepare for such witness hearings — even though under German civil procedure rules the judge asks the questions and there is no U.S. style cross-examination of witnesses.