What to do if you are served with a German Default Judgment? 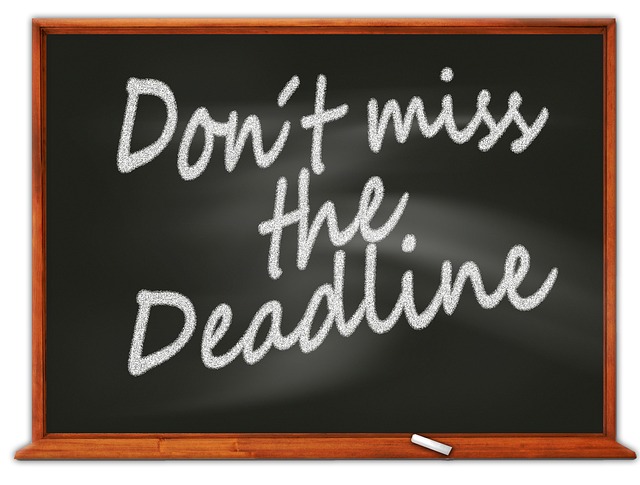 In German civil litigation cases, the court will immediately issue a default court order (Versäumnisurteil) against any party that does not appear for a court hearing unless that party (claimant or defendant) is properly excused. This is why every German litigation lawyer worth his or her salt has the court’s phone number on speed dial in case the lawyer gets stuck in a traffic jam on the way to court. Otherwise, if there is a no show without a credible excuse or if a party is more than 15 minutes late, the court will issue the Versäumnisurteil right there and then.

In the good old times, there was a gentlemen’s agreement between German litigation lawyers not to apply for a default judgment in such a situation in order not to get the opposing lawyer into trouble with their client. But those days are long gone and nowadays it’s the exact opposite: it would be considered gross malpractice by a litigation lawyer not to apply for a default judgment if the other party’s lawyer does not show up for the hearing.

Even before an oral hearing date is set, the German court may already issue a Versaumnisurteil against the defendant if the defendant does not properly file the official notice of defence (Verteidigungsanzeige) within the so called “Notfrist” (meaning “emergency deadline” or “absolute deadline”) set by the German court. “Notfrist” (absolute deadline) means that such a deadline cannot be extended. It must be kept no matter what.

A common mistake by defendants in Germany is that the defendant him- or herself tries to correspond with the court instead of appointing a licensed legal counsel which is mandatory from the German High Court (Landgericht) level up. Only at the District Court level (Amtsgericht) or in Labour Courts a party may represent themselves (which, of course, is usually still a bad idea even if permitted). The specific requirements and consequences of a German civil procedure default judgment are set out in sections 330 to 347 German Civil Procedure Code.

In case you have been served a German court document titled “Versäumnisurteil“, you must react immediately, especially if you own any assets in Germany, because these assets can very quickly be seized based on the default judgment alone. What makes the German default judgment so dangerous is the fact that it becomes final and binding if the party on the receiving end does not enter a formal protest (Einspruch) against said default judgment within a strict court deadline. The period is usually only two weeks from the day you have been served with the judgment, see section 339 German Civil procedure Rules. In cross-border cases, the court may grant somewhat longer filing periods, usually one month. Again, the tricky part is that on the level of German High Courts (Landgericht) and above, such a protest (Einspruch) will only be accepted if filed by a properly licensed German lawyer. Letters or faxes from the USA, even if send by a US attorney at law, will simply be disregarded. Therefore, you must not wait until the deadline is almost expired because you need to hire a German lawyer in time for them to file the protest on your behalf!

Default Judgments can be enforced even in case of a Protest

What makes matters even worse: Even if the party who has received a default judgment against them does file a protest in time and the civil lawsuit is thus continued, the other party may still use the existing default judgment to enforce the claim on an interim basis (vorläufig vollstreckbares Urteil). This means that just because the defendant may have missed a court deadline or was more than 15 minutes late for a court hearing, the claimant is able to immediately seize property, a bank account or the salary of the defendant in Germany. If only as a preliminary measure, i.e. the claimant must eventually return the seized German assets in case the court does rule against the claimant in the final judgment. However, until then, the claimant is already in possession of the assets which is a huge strategic advantage.

Thus, you should avoid at all times to risk finding yourself at the receiving end of a German default judgment.

More information on litigation in Germany:

The System of German Civil Law

German law is a traditional civil law system based on Roman law principles (more precisely on the eastern roman emperor Justinian’s Code) and also heavily influenced by the Napoleonic Code. In modern times, obviously, European Union law has modified German civil law, especially in the areas of contract law, business law and consumer rights. In contrast to the common law systems of Anglo-American jurisdictions, the German law system is based on a comprehensive compendium of statutes, i.e. thousands of laws (Gesetze) and regulations (Verordnungen). We explain the German statutes most relevant for German civil litigation in this post and in our free brochure “Guide to Civil Litigation in Germany:

While, strictly speaking, German judges are not bound by the judgments of other courts (precedent), not even by the rulings of the Bundesgerichtshof (BGH), i.e. Germany’s Federal Court of Justice, the judgements by the German higher courts  (Oberlandesgerichte and BGH) are usually being followed by German judges in the lower courts. Thus, where the facts of a case are similar to a case which was already decided by an Oberlandesgericht or even the Bundesgerichtshof, a court will usually not depart from the view of the OLG or BGH. This chart shows how the German civil courts are structured and how many judges hear a German civil lawsuit: 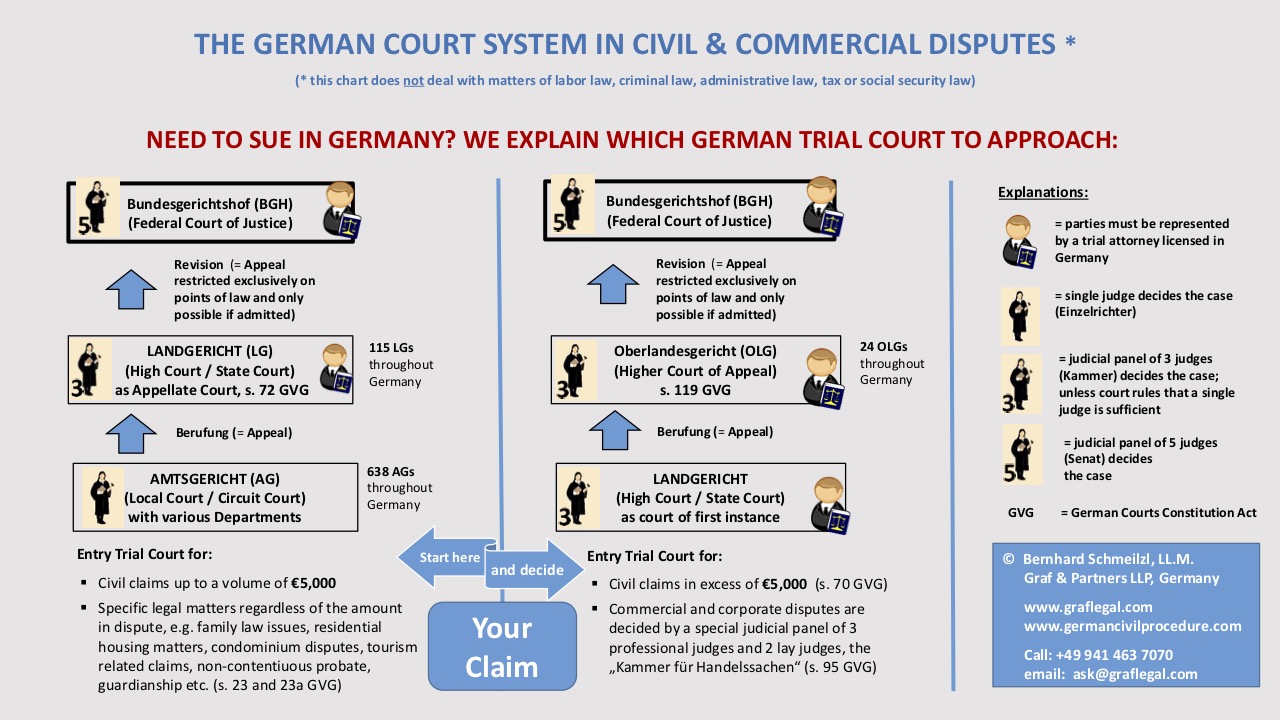