May a Witness in German Civil Litigation refuse to give Testimony? 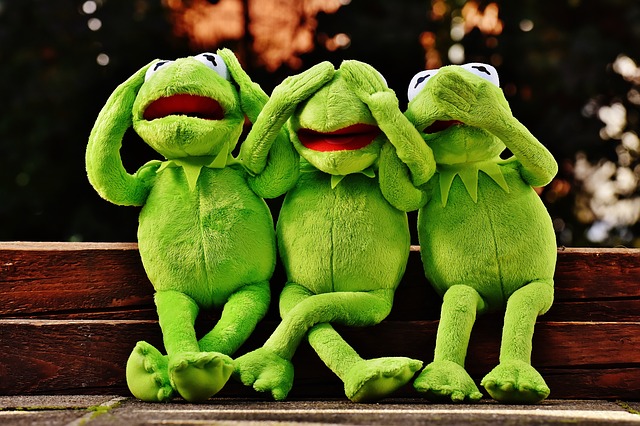 Under German Rules of Civil Procedure, any natural person, including minors, can be named as a witness (Zeuge) by a party to a civil procedure. The civil court then decides on whether and to what extent these witnesses (as designated by the parties in their briefs to the court) need to be heard, i.e. whether — in the view of the court — the specific issue which the witness shall give testimony on, is:

(i) relevant for the court’s decision; and

(ii) still in dispute between Plaintiff and Defendant after the exchange of briefs.

If the answer to both requirements is yes, the respective witnesses will consequently be summoned (geladen) by the German civil court. In practice, each witness will be sent a letter by the civil court (Zeugenladung) which demands the witness to attend an oral hearing in order to be questioned as a relevant witness on one or several specific issue(s), the so called “topics for questioning” (Beweisthema), see s. 377 German Civil Procedure Code. Thus, the witness is informed a few weeks prior to the actual oral hearing date what the court will ask him to testify on. The witness summons only describes this topic in rather broad terms. Normally, the witness summons letter does not contain any specific questions (this is different when it comes to expert witnesses). A typical example of the content of such a German civil court summons letter to a witness of fact would be:

“In the civil lawsuit between A and B regarding a car accident on Z-street on the … around … o’clock you have been named as a witness. You shall give testimony about the details how the accident occurred.”

In some cases, the court may permit the witness to testify in writing, i.e. by answering the questions by sending in a letter. This is, however, the exception to the rule.

Duties of a Witness under German Civil Procedure Law

The standard procedure is that the witness must attend the court hearing in person. Every person summoned by a German civil court has the duty to appear in court, to testify truthfully (s. 390 et seqq. German Civil Procedure Rules) and to swear an oath if this is demanded by the court (which it very rarely is, as I have explained here).

This general obligation of a German witness to give testimony in a civil lawsuit exists, however, exclusively vis-a-vis the court itself. There are no pre-trial depositions in Germany. Instead, the witness is questioned only in court and primarily by the judge.

Whether and to what extent any “witness preparation” is permitted under German civil procedure rules is a difficult issue. Remember that there is no jury in Germany, neither in civil nor in criminal cases. Thus, how a witness “comes across” is far less important in a German court case. Also, the witness and the legal counsel who has named the same cannot really “practice” their Q&A session in advance, simply because the German judge will pose the questions, not the trial lawyer. Still, a professional German trial lawyer will attempt to get a clear picture of what the witness will say in court. If the witness is very close to the client the lawyer is representing, the lawyer is not prohibited to rehearse the statement and give the witness feed back. However, obviously, the lawyer must not influence the facts themselves. The witness must also be prepared how to react if the judge or the opponent’s legal counsel asks whether the other party has discussed the case with him or her. A worst case answer by the witness would be:

“I did not really see this with my own eyes, but my husband’s lawyer has told me to say that …”

Since most German lawyers are somewhat afraid of being accused of unduly influencing a witness, they go to the other extreme: They do not even speak to the witnesses for their own case. In German forensic practice, it is often not even attempted to verify at the pre-trial stage what exactly it is that the witness will actually say in court. Furthermore, it is even uncommon to obtain written statements from a witness, much less to submit such witness statements to the court. This sometimes leads to surprising witness statements in the German civil court oral hearing. From my own courtroom experience, about one third of the witnesses either do not know anything about the topic they are supposed to give testimony on, or they testify the opposite of what the party who has named that witness did expect.

Who can be a Witness?

As mentioned above, the German civil court decides by way of a “court order on obtaining evidence” (Beweisbeschluss) whether and to what extent a witness, who has been named by one of the parties, shall be summoned and heard. Under the “principle of party presentation” (Beibringungsgrundsatz), the court is not permitted to summon anyone who has not been “offered as a witness” (Beweisangebot) by a party to the proceedings. On the other hand, the court is not obligated to summon each and every person to be heard in court, just because a party writes that person on their witness list.

There is no minimum age requirement to be a witness in German civil proceedings. According to the definition by the German Federal Court of Justice (Bundesgerichtshof), the highest German court in civil matters:

every person, who is intellectually able to make observations, to keep these in mind, to answer questions regarding these observations and to reproduce them, has the ability to testify in court (BGH, NJW 1985, p. 1158).

If a party names a young child or a mentally sick or handicapped person, it is up to the court to assess whether this person can be heard as a witness at all and — if so — whether the testimony given by such person is credible (Prinzip der freien Beweiswürdigung).

Who may refuse to testify in German Civil Court?

In German criminal procedure, as in German civil procedure, there are certain situations in which a witness is permitted to refuse giving testimony. In Germany, as in the USA and the UK, there is no legal doctrine of “finding justice at whatever cost” (keine Wahrheitsfindung um jeden Preis). Instead, the law acknowledges that there are circumstances where someone cannot be reasonably expected to disclose his or her knowledge. German procedural rules grant the witness the right to refuse testimony in these — limited — scenarios. In German civil litigation, the relevant grounds to refuse to testify are laid down in:

Thus, German law protects a witness against self-incrimination, as well as against conflicts due to the witness’ close personal relationship to one of the litigants. The witness shall not be forced to harm him-/herself or a relative, spouse or fiancé. Even former spouses and civil partners are protected under German law.

The second group of individuals allowed to refuse testimony under German procedure rules are those who are bound (as well as protected) by professional confidentiality obligations, i.e. physicians (Ärzte), clinical psychologists (Psychologen), attorneys-at-law (Rechtsanwälte), tax advisors (Steuerberater), certified public accountants and autitors (Wirtschaftsprüfer), journalists, members of the clergy, German civil servants (Beamte), German judges (Richter) and others who are obliged to secrecy. The German wording is “zur Berufsverschwiegenheit gesetzlich verpflichtet”.

The details on whether the refusal has merit and exactly how far the right to refuse testimony reaches in a specific case can be complex, especially with regard to the second group of individuals. While a spouse or relative has a very broad right to refuse testimony and there is usually not much to discuss, matters are more complicated with regard to those witnesses to whom confidential facts were entrusted by virtue of their profession or public office. For example: has the witness learned the information in his/her capacity as a lawyer or clergy man? Has the client released the physician or lawyer from the confidentiality obligations? If so, is the professional or member of the clergy merely permitted or also obliged to testify? All these questions can initiate interlocutory proceedings to determine whether the witness’ refusal to give testimony is lawful or not (see s. 387 para. 1 German Civil Procedure Rules).

Inform the Court early on

Any witness who intends to refuse to give testimony in a German court of law should not spring this upon the judge at the last minute. Instead, the witness should respond to the summons immediately by submitting to the court the facts on which he or she is basing the refusal to testify. Depending on the circumstances, it may be necessary to substantiate these facts. For example, if the refusal is based on being a the fiancé of the defendant. In other cases, especially family relations like parent-child or sibling, the right to refuse is evident and does not need to be substantiated by further evidence.