German succession laws as well as probate procedure are very different from those of Common Law jurisdictions. This is mainly due to the fact that German inheritance law does not know a personal representative. Instead, all rights and obligations of the decedent are automatically transferred onto the heir (successor) or the community of heirs, if more than one. My separate blog Cross Channel Lawyers explains the details of German inheritance law, German non-contentious probate, contentious probate (i.e. the rules on how to challenge a will), as well as German gift tax law in dozens of posts (see here).

If no one does challenge a will, the standard approach to obtaining German probate is the non-contentious probate procedure, the so called Erbscheinsverfahren (section 2353 German Civil Code). This non-contentious probate (more) takes place at the German Amtsgericht (Circuit Court) in the city or district where the decedent had his or her last place of residence. The rules of procedure for this standard, i.e. non-contentious probate, are those of the FamFG, which is short for “Gesetz über das Verfahren in Familiensachen und in den Angelegenheiten der freiwilligen Gerichtsbarkeit”, i.e. the German Act on Proceedings in Family Matters and in Matters of non-contentious Jurisdiction. More on the various German procedure rules in the post: German Statutes relating to Civil Litigation

But what if someone considers an existing will to be invalid, for example by challenging the testator’s legal capacity or disputing that the will was written in the testator’s own hand? Then, anyone who has a legitimate interest in this inheritance matter (the Fam FG calls them “Beteiligte”, i.e. participants) can inform the German probate court (Nachlassgericht) that there are doubts about the validity of the will. Participants (Beteiligte) are (i) the persons mentioned in the will(s) as beneficiaries; as well as (ii) those persons (relatives and spouse) who would benefit under German intestacy rules (for details about rules of intestacy see this post). 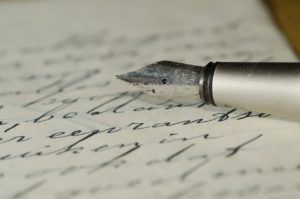 To formally challenge a will is, however, not without financial risk, because the court may later on burden the person(s) raising these issues with legal costs. In addition to probate court fees, there may be significant fees generated by experts, e.g. for medical reports by psychiatrists (assessment of the testator’s mental capacity).

On what grounds can a German will be challenged?

It is possible to challenge the validity of a German will based on the following grounds:

The parties involved in a German contentious probate case do have a choice whether they wish to, at least for now, leave this with the Probate Court at the Amtsgericht level (Nachlassverfahren) or whether they want to immediately escalate this to the Landgericht level (High Court) by filing an actual civil lawsuit in the form of a Erbenfeststellungsklage (petition for a declaratory judgment on who is the heir).

Those two procedures have very different rules, for example with regard to taking evidence and as to costs. Since any decision by the probate court (Amtsgericht, Nachlassgericht) is not binding (ohne Rechtskraft) and can be appealed even years later, we sometimes recommend to use an aggressive approach, i.e. skip this Amtsgericht stage and file with the Landgericht (High Court) right away. This speeds up the inheritance case and means that the more formal procedural rules of the ZPO do apply instead of the “softer” FamFG procedure rules.

Thus, the pros and cons of these two probate procedures should be assessed diligently and discussed with the client before making the decision which route to take. More information in the post: Disputed Wills and Contentious Probate in Germany