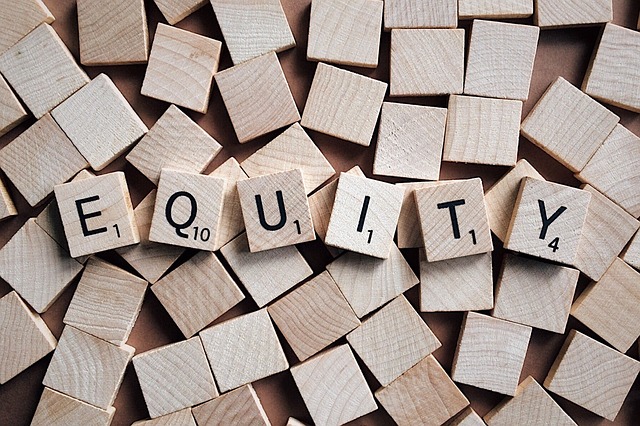 In practice, seeking equitable relief means that a Plaintiff asks the court to award a non-monetary judgment against a Defendant. For example, an order requiring the Defendant to do something, i.e. to perform a specific act (thus the legal term “specific performance”); or an order requiring the defendant to refrain from doing something (this is typically called an “injunction”, in German “Unterlassung”).

Contracts drafted by lawyers in common law jurisdictions contain Equitable Remedy Clauses as standard boilerplate clauses. Lawyers from non-common law jurisdictions (like Germany, France or Spain), usually do not really understand what to make of these terms, especially since the expression “equitable” is not self explanatory. Still, German business executives sign contracts and CDAs which contain such equitable remedy clauses all the time, often without having a real clue what this would mean in case of a legal dispute.

The situation becomes especially confusing if a German lawyer uses an English language contract template (which is based on English or US law and thus contains such equitable relief clauses) and then simply modifies the template by making the contract subject to German laws and giving German courts exclusive jurisdiction. This happens all the time in German-British or German-US business relationships. Sometimes applicable law and jurisdiction clauses are changed at the last minute when the parties want to close the deal and the executives think it a good idea to agree on German, Austrian or Swiss law as a “compromise”. In all these German speaking countries, no lawyer or judge will know what equitable relief is. What will happen in an international legal dispute, if the business partners must go to a German (or Austrian or Swiss) court of law and find such an equitable remedy clause in the relevant agreements?

As mentioned above, the terms equitable relief and equitable remedy are unknown in civil law jurisdictions like Germany, Austria, France or Spain. Simply because the whole legal concept of equity does not exist in these countries. However, civil law systems like Germany obviously also recognize a party’s need for judicial remedies like injunctions and orders for specific performance.

The systematic organization of German civil litigation is quite different from that in common law jurisdictions. Generally, German civil law categorizes civil lawsuits (Zivilverfahren) into these three types of civil actions (Klagearten):

Quite obviously, this German categorization of civil actions does not match the common law distinction between equitable relief and other judicial relief.

How to identify the correct German Civil Action for a Claim

German civil law provides for a large number of specific types of claims (Rechtsansprüche), some are laid down in German statutes (Gesetze), some were developed by German case law (Rechtsprechung). German law knows numerous rights and obligations to perform a specific act (Anspruch auf Vornahme einer Handlung) or to refrain from a specific act (Unterlassungsanspruch). A core statute of German civil law in this context of equitable remedies is s. 1004 German Civil Code, (actio negatoria; Beseitigungs- und Unterlassungsanspruch) which is applied by the German courts as a general principle.

In certain legal areas, e.g. family law, corporate and commercial law, probate law, media law, the German civil code gives the Plaintiff specific rights which, in a common law system, would fall under the category of equitable remedies. In German media law (Presserecht), for example, there is the right to demand retraction (Widerruf, Richtigstellung, Berichtigung) from a newspaper or television network if they published objectively false information about a person. This is a special type of the general German specific performance remedy.

All these rights and obligations contained in the German civil code do correspond with specific types of action regulated in the German Civil Procedure Code (Zivilprozessordnung). German Civil Procedure Rules are rather flexible when it comes to the types of actions than can be brought before a German civil court. Section 253 Code of Civil Procedure merely requires the Plaintiff to clearly state in their written complaint (Klageschrift) what exactly the Plaintiff wishes the court to order the defendant to do or refrain from doing (eindeutiger Klageantrag).

The German legal term for injunction is Unterlassungsklage, which comes in many shapes and forms. In urgent matters, Plaintiffs can apply to German courts for preliminary injunctions or temporary restraining orders (TRO), in German referred to as einstweilige Verfügung or — in general — einstweiliger Rechtsschutz.

Many equitable remedy cases in Germany are thrown out because the complaint is too vague, e.g. “… the Defendant is ordered not to interfere with the Plaintiff’s business …” Such a general wording would not be enforceable later on. Thus, a German court will not accept such a vaguely worded application.

The correct and diligent wording of civil litigation complaints in Germany is especially important if the Plaintiff applies for a preliminary injunction or a temporary restraining order (einstweiliger Rechtsschutz) because in these summary proceedings there is usually no time to correct and modify the complaint if the German court finds that it is not precise enough or otherwise unclear.