Under German Succession Law, close Relatives can always claim a Share in the Estate, even if they were explicitly disinherited 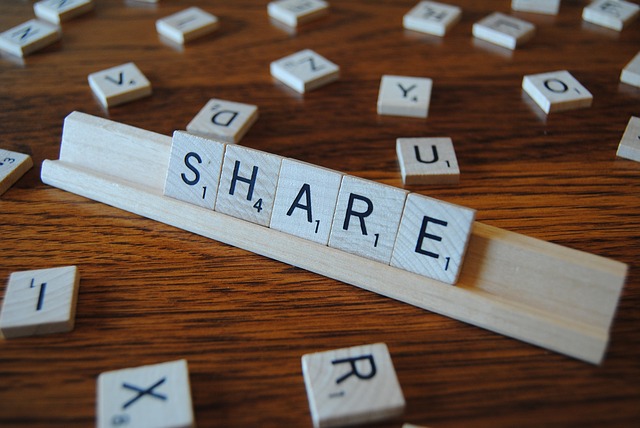 For American and British estate and probate lawyers, German inheritance laws (Erbrecht), i.e. the statutory rules of succession and probate as laid out in the 5th Book of the German Civil Code, are full of surprises. Pleasant or unpleasant, as the case may be.

One of the more unpleasant examples is the fact that under German succession law, an heir can become fully liable for all of the deceased’s debts. This unfortunate result occurs automatically, i.e. by statutory German law, if he or she does not formally renounce the inheritance within a certain deadline (for details see the post: Indebted German Estate: How to avoid inheriting your German Relatives’ Debts).

This post, however, deals with happier news, at least from the perspective of the respective beneficiaries. Testators, who do not wish to leave their wealth to their offspring, their spouse or their parents, are less amused by the restrictions imposed on them by German inheritance law.

German children always inherit. Even if they were disinherited!

German succession law grants a statutory, indefeasible compulsory share (Pflichtteil) in the deceased’s estate to certain close relatives of the deceased. This means they are entitled to a portion of the estate, even if they have been explicitly cut out of the testator’s last will and testament.

Relatives who are entitled to claim this “German forced share” are:

This compulsory share, which is similar to an elective share of a spouse in certain US states, is regulated in section 2303 German Civil Code:

(1) If a descendant of the testator is excluded by disposition mortis causa from succession, he may demand his compulsory share from the heir. The compulsory share is one-half of the value of the share of the inheritance on intestacy.

(2) The parents and spouse of the testator have the same right if they have been excluded from succession by disposition mortis causa. The provision of section 1371 remains unaffected.

In other words: German testators are constricted when making a will

They cannot leave all of their estate to whoever they please, because the German Pflichtteil law entitles close relatives of the decedent (offspring, spouse, parents) to receive a “minimum portion” of the estate. Even if the testator cannot stand those relatives and has thus explicitly disinherited them in a valid German will. The term “minimum portion” sounds harmless and one may think: well let that relative have their small claim of 5-10 per cent of the estate.

However, the German Pflichtteil can be up to 50 percent of the entire estate value, depending on the family situation! This is because the Pflichtteil is defined as being half of what the disinherited relative would otherwise have inherited under German intestacy rules, i.e. had the testator not left a will. The actual percentage of the German compulsory share in a specific case therefore depends on who survives the testator. The German rules of intestacy are explained in more detail in the post: Most Germans die without a Will.

Can you inherit from your German relatives even if you’re cut out of the will?

How is all this relevant for citizens of the USA or Great Britain? Well, if you have close relatives that are resident in Germany (or Austria, France, Spain etc), you may be entitled to a significant portion of their estate, without even knowing it. If, for instance, an estranged parent or child who lived in Germany passes away — either without mentioning you or even explicitly disinheriting you in their will — you are still entitled to claim the German compulsory share.

Mind: You can, but you do not have to. In many cases, German children never actually make that claim, especially when both their parents have set up a so called joint will (Berliner Testament) in which they appoint each other as their respective sole heirs. Here, the children of the couple are technically disinherited because under German intestacy rules, the surviving spouse and the surviving child / children would be co-heirs (more on the German “Erbengemeinschaft”, i.e. community of heirs in this post). In these cases, if the family is intact, the children would not dream of making their surviving mom or dad pay the forced share. The children just let it go.

If the person entitled to a Pflichtteil does not actively demand payment of the forced share, it will eventually become statute barred. The claim expires after 3 years from the time you have been notified of the fact that a close relative has passed away and that you have been disinherited. More on limitation of civil claims in Germany in the post: Limitation under German Law

A technicality for estate lawyers: Please note that a forced share claim under German law is not made against “the estate” (represented by the personal representative) as would be the case in most common law jurisdictions. Instead, the claim is made against the heir (or community of heirs). An important difference if the claimant goes to court in Germany.

In which scenarios do German succession rules apply to an estate?

The German and European Union perspective is simple: For any deaths on or after August 17, 2015, all EU member countries (except for UK, Ireland and Denmark) apply the same basic rule, which states that the national succession laws of that country shall apply in which the testator has held his or her last habitual residence (for details see the EU Succession Regulation, EU 650/2012).

What is the actual percentage of the German compulsory share?

As shown above, this depends on who survives the testator. Here are two examples how the German Pflichtteil share of a surviving relative is determined:

As becomes clear from these examples, a German forced share claim can range from a very small percentage, if there is a surviving spouse and many children, to a maximum of one half of the entire estate, if a widow(er) disinherits the only child.

Even lifetime gifts are relevant for the calculation of the Pflichtteil

As explained above, the forced share is calculated from the entire net estate (Nachlassvermögen), i.e. the assets owned by the decedent at the date of death minus his debts and funeral costs. Now, a testator may try to circumvent said compulsory share by making lifetime gifts. Then, the estate at the time of his or her death would be hollowed out.

To prevent this, German succession law orders that all lifetime gifts made by the testator within a period of ten years prior to their death is added to the value of the estate. Such gifts are thus also basis for calculation of the forced share. This part of the claim is called Pflichtteilsergänzungsanspruch. The heirs must therefore also disclose any such gifts to the disinherited Pflichtteil claimant.

No, the concept of a forced or elective share also exists in many other European jurisdictions like Austria and France. In fact, most countries that have been influenced by the French Code Civil (Code Napoleon) do apply even stricter rules of so called “forced heirship” (Mindesterbteil).

While the German Pflichtteil claim is merely a surrogate, i.e. a monetary claim which does not give the claimant any title with regard to specific assets (e.g. a piece of real estate or a business), under the stricter French law forced heirship rules, the entitled persons are actual statutory co-heirs, i.e. co-owners and co-possessors of the estate. In Germany, that is not the case. Here, the Pflichtteil claimant can “only” demand a payment from the heir(s).

How to make the Pflichtteil claim?

German statutes on forced share are very strict. If a claimant demands the Pflichtteil, the heir (or community of heirs) must immediately disclose the full estate inventory as well as any significant lifetime gifts made by the testator during the last 10 years prior to his or her death. In some cases, even lifetime gifts that were made 30 or 40 years prior can be relevant for the forced share claim.

Based on this information about the estate and lifetime gifts the forced share claimant will then demand payment which is due immediately, even if the estate consisted of real estate only and the heir does not have any liquid funds available.

If the heirs are being uncooperative or if they try to dodge either their disclosure obligations or payment, the Pflichtteil claimant can – and probably will — go to court immediately. Such forced share claims are usually slam dunk lawsuits for the claimant because there is hardly any defense against the claim. In exceptional circumstances, the German heirs may argue “unworthiness to inherit” according to s. 2339 German Civil Code. But a glance at the statute’s wording immediately shows that this refers only to very extreme situations:

Grounds for unworthiness to inherit

(1) A person is unworthy to inherit:

(2) In the cases set out in subsection (1) nos. 3 and 4, unworthiness to inherit does not occur if, before the occurrence of the devolution of the inheritance, the disposition that the testator was induced to make or in respect of which the criminal offence was committed has become ineffective, or the disposition which he was induced to revoke would have become ineffective.

If a close relative of yours lives and dies in Germany, chances are that you are entitled to claim a portion of the estate. In order to evaluate and assess that claim, German law gives you the right to demand full disclosure from the testamentary heirs, i.e. to be sent a detailed estate inventory and appraisals. Once the amount of the forced share has been calculated, payment of said forced share is due immediately and in full. In case the heirs try to give you a difficult time you can – and should — go to court immediately.